Two guys on sand dunes at the Fifth Annual star Pary in White Sands National Monument. Man in foreground with the cowboy hat is John Cornicelli who works at the solar observatory at Holloman A.F.B. He watches for solar flares for work by day, solar flares impact telecommunications, satellite transmission, power grids etc…., watches the stars by night for fun. It is important for amateurs that work with mobile set-ups to spot early in the day so that when evening falls they aren’t floundering with the alignment of their spotting scopes and telescopes. These photographs on the dunes of the two stargazers John and Mark were made at White Sands National Monument, New Mexico, Although the park normally closes in the evening, it was left open for two evenings for the event. One night was open to the public and several hundred locals from around the state attended.
Home phone: 505 479-9918
Work phone: 505-572 -461
email: john.cornicellie@holloman.af.mil
Man in background of same shot is Mark Bibeault from Espanola N.M.. P.O. Box 3502
Fairview, N.M. 87533 stargazer@la-tierra.com 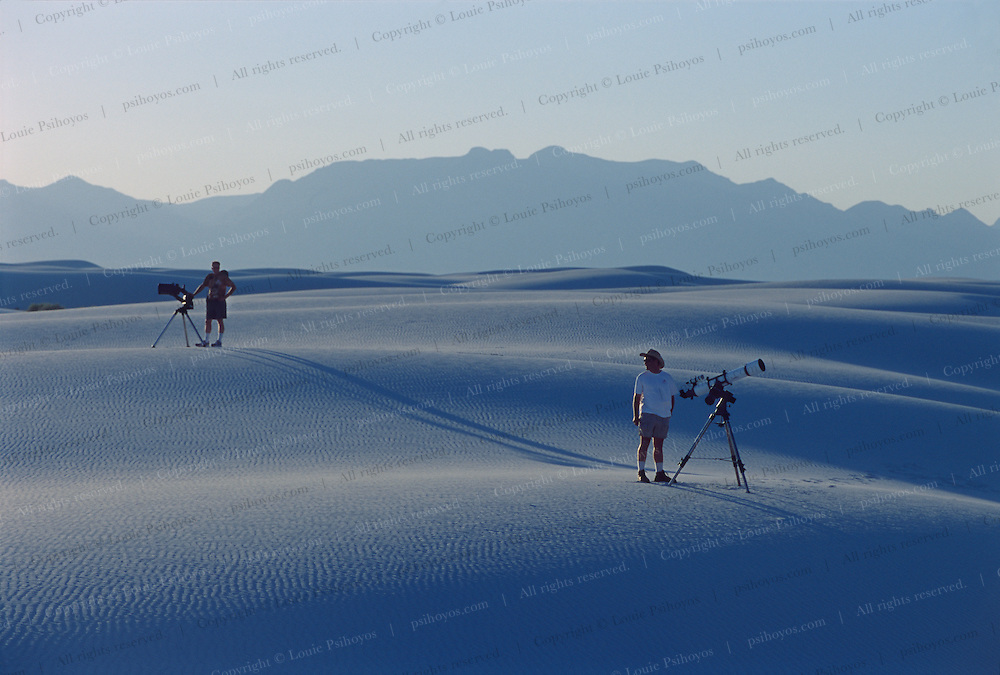