There are images that come into my head sometimes and I’m not sure where they come from. Dreams have always been a rich resource for me and poems too and this shot came through both channels. One of my assistants in New York was Roy Michaels, a former rock star of sorts whose band, Cat Mother and the All Night News Boys, was produced by Jimi Hendrix. He used to play concerts with Hendrix, several hundred thousand people screaming fans and now he was painting my studio ceiling - and not in the Michael Angelo sense - we're talking flat white Sears’ house paint. A decade plus later Roy was happy with his life, content to live without crowds and the rock star life. He kept a little sailboat in San Francisco Bay called Invictus where he could get away from it all. I had never heard the poem Invictus and Roy recited it to me as he painted my ceiling. I had a dream that night and started making this little set in the corner of my loft with seagulls soon after. These were the days before PhotoShop. The guy in this photo, another assistant is actually hanging there suspended with seagulls tied to his wrists – he wasn’t dropped in later by a computer. I guess this set looked pretty strange even to the artists in the building who would pass by my loft and ask what I was doing. Some of these same artists would paint some pretty strange imagery while working through various neuroses but it’s one thing to paint a fantasy, its quite another to actually build it. 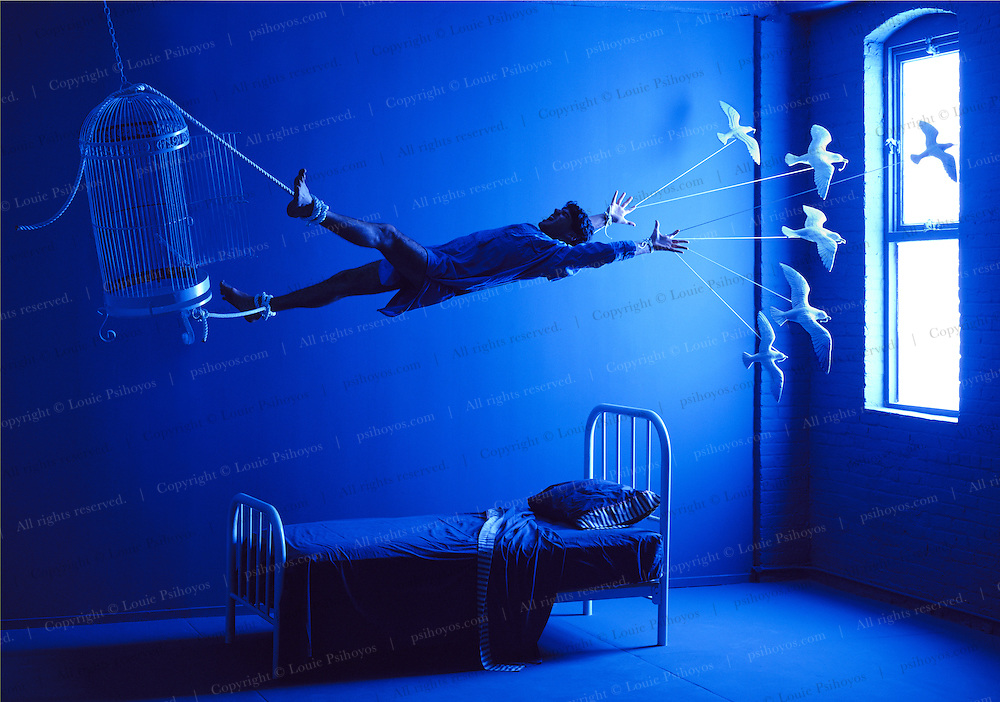