John Lasseter on the eve of his first hit Toy Story at Pixar headquarters in California. The Pixar offices are very playful and feature swings and scooters to keep the atmosphere cheerful.
Pixarians lounge with CEO Jobs on couch front right and John Lasseter lying down on couch, in screening room before the launch of movie Toy Story. All the animators in the picture became multi-millionaires their stock options.
Steve Jobs, founder of Apple Computer bought animation company Pixar off George Lukas in 1986 and turned it into a Academy-Award-winning studio. The oversized lamp is an icon of Pixar's first animation success. 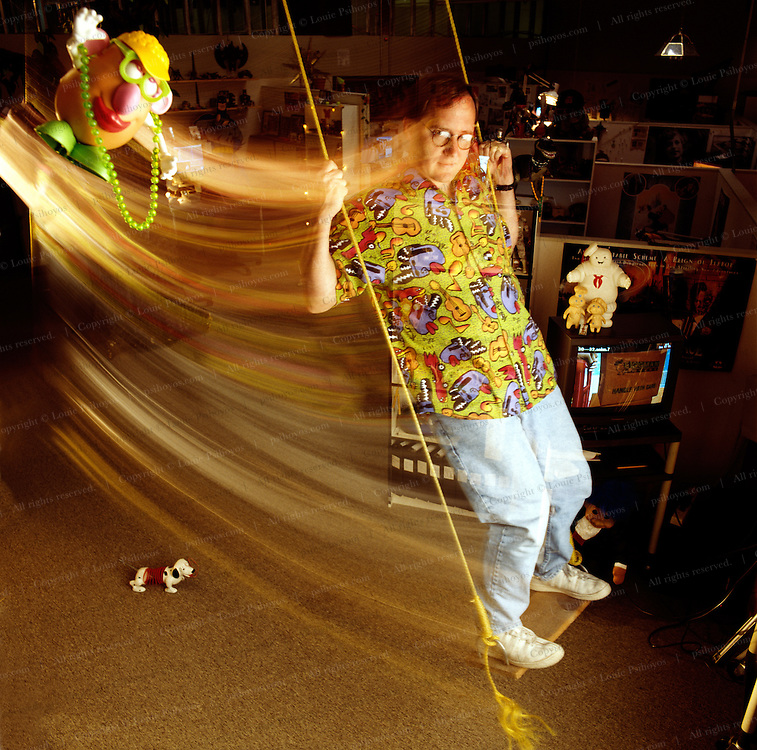